This week on the blog, Future Generations alumnus Jonathan Tim Nshing shares with us some of the impressive work he's completed, as well as details a particular project he and another graduate undertook after winning an alumni collaboration grant from the Global Network...

Recently, I carried out a project with the support of Future Generations University called Promotion of Peace Awareness Among Youths in Cameroon. More information on this work can be found on the Facebook page of the Cameroon Youth Partnership (www.facebook.com-cameroon-youth-partnership). This project was funded by the Davis Projects for Peace, USA and was carried out in 2015.


Last year 2016, I and another alumnus, Uchenna Rowland, implemented a similar project entitled: "Documenting and Analyzing Traditional Conflict Management Techniques in Africa. Case Study: Nigeria and Cameroon," which was funded by an Alumni Frant awarded annually by Future Generations Global Network. This project valorized African traditional methods and institutions of conflict management. We also came up with a procedural manual on traditional conflict management techniques in Africa.


I completed another related project in March of 2017, entitled “Deconstructing the Terrorist Narrative among Young People in Cameroon," funded by the Nexus Fund, USA. We came out of it with findings indicative of the process of radicalization of young people in Cameroon and produced the working document “Youth De-Radicalization Compendium.”


At the moment, we are implementing another project funded by the Future Generations Global Network on the provision of two hand pumps to the Garyea Community in Liberia and the extension of the Nboung Water Network in Nboung-Nkwen, Bamenda.

Garyea Town is part of the Yelequelleh District, Gbartala, Bong County. It has been in existence as a community for more than fifty years. The community has 11 households with a population of 1350 persons. Of that number, 37% are females. The town has seven satellite villages with a population of 300 persons. Garyea geographical position has remain a challenge for the community for many years. It is located on a mountain of rocks making it difficult for the people to access water for survival. In fact like other communities where water are found in creeks and streams and serve as point for drinking, Garyea source of water comes from the rocks on the mountains which for many reasons are insufficient, dirty, and difficult to get. As the community seeks new source of water for drinking, so are they exposed to many water borne diseases.

Nboung village is one of the neighborhoods or villages located in the Bamenda III Sub-Division in Mezam Division of the North West Region. It is about 15 minutes drive from Bamenda City, situated along the road from Bambui Four Corners to Nforya in Bafut SubDivision. It has an estimated population of 1000 inhabitants. The village has never had pipe-borne water. The villagers trek for as much as 2 kilometres to access water from open streams and sometimes they rely on wells that are hardly treated and not safe for drinking, as such they are exposed to water- borne diseases such as diarrhea, cholera among others.


This project aims at supporting the extension of the Nboung Water Project Piping network in Nkwen Bamenda. This village does not have pipe borne water but have succeeded to build their catchment and a water storage tank. What is left is the extension of the piping network from the catchment area to the village square over a distance of 1.5 kilometres. The inhabitants of the village will then be able to connect the water from the main water network or grid into their homes. The village water committee will thereafter construct seven stand taps around the village 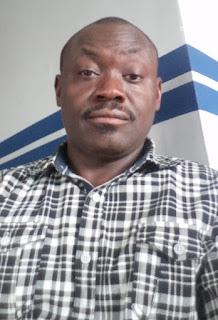 This week's blog was contributed by Jonathan Tim Nshing, a member of Future Generations University's Class of 2015. As a school counselor by training, Jonathan has over thirteen years of service, having worked with schools, youth groups and local communities in the North West Region of Cameroon. It is also important to note that Jonathan is the founder of the Cameroon Youth Partnership. Cameroon Youth Partnership is a community-based organization aimed at the empowerment of young people through offering them information and counseling on youth related issues such as jobs, sexuality, HIV/AIDS, drug abuse, peace advocacy, and fighting violence in all its forms.


Today on the blog, our Chief Academic Officer, Christie Hand, takes the time to share with us just how special the last residential and Commencement were for the Class of 2017...

There is nothing quite like the privilege of spending two intense weeks with Future Generations University students on one of their field residentials.  I just returned from the Philippines where nineteen students in the Class of 2017 – from the three regional cohorts of Africa, Himalaya, and Appalachia - gathered for their Term IV residential and for the celebration of Commencement.  The setting was perfect – the International Institute of Rural Reconstruction’s beautiful James Yen Center in Silang, Cavite, just south of Manila.  Dr. James Yen, the founder of IIRR, was passionate about participatory and people-centered development.   Likewise, Future Generations students are passionate about making a positive impact in their communities.

The residential began with four days of instruction and practice in Building Bridges through Intergroup Dialogue, facilitated by U.S. Institute of Peace instructors, Dr. Alison Milofsky and Ariana Barth.  Students worked on skills in active listening, examining beliefs and assumptions, and negotiating identity as they prepared to facilitate their own dialogue.  Building on the trust developed over their past two years together, they were able to navigate sensitive issues which often involved sharing on a deep personal level. 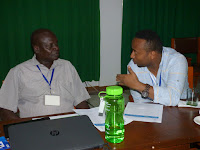 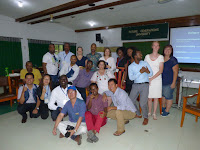 Following the dialogue course, students enjoyed a two-day field visit to Taal Lake and Volcano Protected Area, meeting with the NGO Pusod, which has ambitious goals of ensuring a pollutant-free and sustainable ecosystem of Taal Lake and a disaster preparedness plan for the people on and around Volcano Island.  Pusod is run by a small, and very capable, team under the leadership of Executive Director Ann Hazel.  One of the highlights was crossing by boat to Volcano Island where we hiked or road on horseback (some of us did both!) up to the crater.  Steam escaping from vents at the top reminded us that it is still an active volcano, and is eventually due for an eruption. 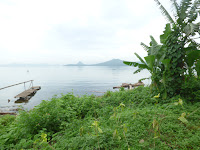 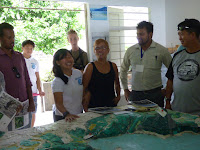 Back in the classroom at the Yen Center, students enjoyed four days of Strategic Leadership instruction with Dr. Ben Lozare, Director for Training and Capacity Building at Johns Hopkins University’s Center for Communications Programs.  Ben has been co-teaching the leadership course with Dr. Henry Mosely since Future Generation’s first Master’s cohort. Henry, unfortunately, could not make it to the Philippines, but Ben had no problem engaging students the whole time with his passion, his stories, and wisdom gained over many years of experience in international development.  Particularly appropriate was the recounting of his involvement in the nonviolent People’s Power Movement in the Philippines during the 1980’s, which led to the departure of President Marcos, and laid the foundation to the leadership and communications principles which Ben ascribes to and teaches.  Students came away from the course with a deeper understanding of shared vision and the role that socially accepted fiction plays in their community work. 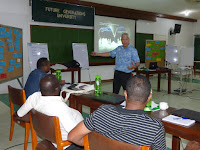 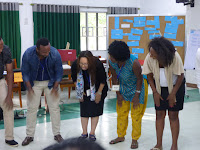 Community-based Disaster Risk Reduction was the final course of the residential, taught by IIRR President Isaac Bekalo and trainer Wilson Barbon.  As this is an area of expertise for IIRR, they were able to share frameworks for assessing hazard prevention and mitigation as well as analyzing community vulnerability and disaster risk.  A half-day field visit to Rosaria, on Manila Bay, helped students to put the principles in context as this area is in particular danger from typhoons. Community Emergency Response Team (CERT) volunteers are trained to respond to typhoon warnings, mobilizing the community and ensuring prompt evacuation to higher ground. They also train youth in disaster preparedness skills and strategies. 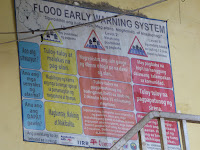 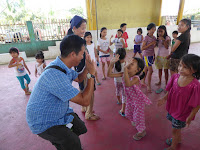 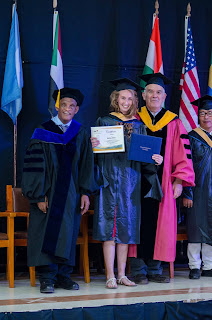 And the climax of the residential?  Celebrating the graduation of students who, after 20 months of hard work, earned their MA in Applied Community Change.  In a ceremony highlighting student diversity and unity, each of the regional cohorts chose a speaker and a song to share.  Zerihun Damenu, Director of IIRR’s Ethiopia country program, spoke for the Africa Cohort followed by the song Africa Unity presented by all 12 students representing Ethiopia, Uganda, Sudan, Somalia, and Ghana.  Mone Gurung, Program Coordinator for Future Generations Arunachal, spoke for the Himalayan Cohort, followed by the Nepali song Hami Bikaska Sahajkarta Haun (We are development facilitators) powerfully led by Bhim Nepali and accompanied by other Indian (from Arunachal Pradesh) and Nepali students.  Ashley Akers of West Virginia represented the Appalachian Cohort with her speech and signing of a portion of Martin Luther King Jr.’s “moving forward” speech:  “If you can’t fly then run, if you can’t run then walk, if you can’t walk then crawl, but whatever you do you have to keep moving forward.”  Country Roads was appropriately chosen as the Appalachian student song but was given an international flair with students and faculty from around the globe joining in.

As students crossed the stage to receive their Master’s hood (green and blue lining for the school colors with citron for the field of social work), their diploma, and to shake hands with Future Generations University President Daniel Taylor and IIRR President Isaac Bekalo, we realized that this was not a completion as much as a commencement, or even a continuation.  They were recruited into the program as community change agents and they would continue to facilitate transformation in their communities, equipped now with tools and skills that they didn’t have before.  As alumni of Future Generations University, they join a Global Network of alumni and community practitioners, who will continue to challenge and encourage them. 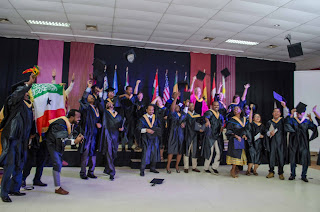 Christie is committed to ensuring that higher education is relevant and accessible to all. The benefits and opportunities available through education should not be for a select few. Towards this end, she is enthusiastic about trying new models and approaches which help to increase the reach of higher education and enable greater success. Her style is that of facilitation, empowering students to take responsibility for their own learning, and becoming life-long learners. Christie has been working at Future Generations University since 2007.