This week, we hear from Anthony Kadoma, a Future Generations University alumnus working in Uganda. Anthony began his MA journey in 2012 with a focus in Peacebuilding. Throughout, he maintained continuous engagement with his existing community work in Kyenjojo district, in western Uganda. Anthony says that learning with and from the community was crucial during his studies, as it was where he put into practice what he was learning. Read on to learn more about Anthony's work and experience!

In 2014, Anthony implemented a project on developing guidelines for disseminating practicum findings at the community level. During this project, practicum findings on the topic “Adapting Poverty Reduction Strategies at Individual, Household and Community Level: Practicum Research Conducted in Nyamanga Parish, Bufunjo Sub-county in Kyenjojo district, Western Uganda” were presented to the community members.

In 2016, a project on the introduction of SEED-SCALE to community health workers to facilitate community development was implemented. In this project, over 40 community health workers as well as local leaders and politicians were purposively identified and trained to facilitate SEED-SCALE processes in their respective communities. This was a major project that brought on board so many community members in the district as more and more people got to hear of and learn about the concept of SEED-SCALE.


As a result of the above project, the following results were achieved:


The latest effort to promote and engage community members in the process of development is under a project called "Documenting the Process of Community Change in Kandama village Bufunjo Sub-county, Kyenjojo district western Uganda". This process of documenting community change is useful in understanding how change happens at the local level. For this change to happen as stated in the SEED-SCALE principles.


The process of community change:

Efforts undertaken so far to support community development and how I have used SEED-SCALE: 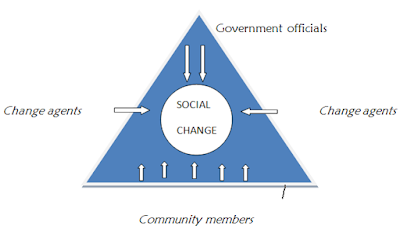 Impact of the work done so far 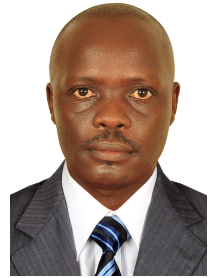 Anthony Kadoma is a Social Change and Community Development Specialist with a Masters of Arts Degree in Applied Community Change and Peacebuilding (October 2013) from Future Generations University WV USA and a Bachelors Degree of Adult and Community Education (2006) from Makerere University Kampala Uganda. Anthony has since 2007 had consistent work experience in areas of consultancy and community engagements primarily focusing on how to improve peoples’ livelihoods through devising ways and means on how they can work collectively as individuals, households and communities. His career objective is to contribute to the body of knowledge where innovation, creativity and growth are given room to flourish in a global community using the SEED-SCALE development approach that puts emphasis on the use and development of human energy which is a universal resource to all mankind.